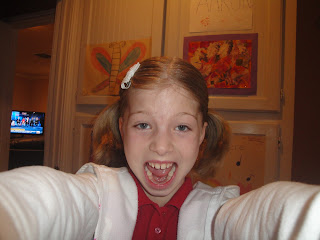 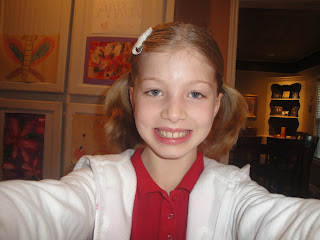 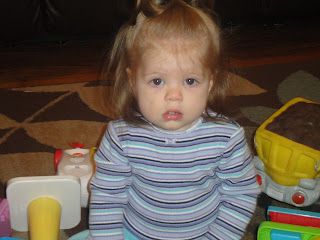 Kaylee loves her sister.  She made a pile of toys for her to play with. 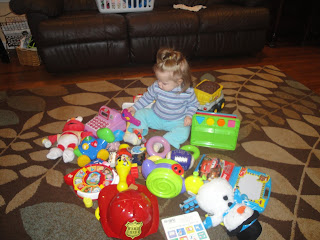 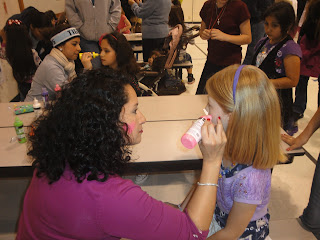 Before our red carpet debut. 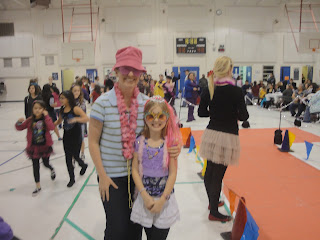 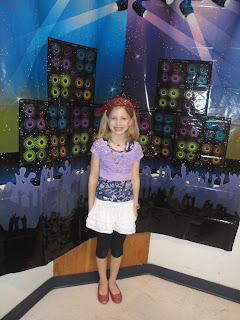 Kaylee's first (and maybe only??) track run.  She wanted to do it because it was held at Dad's University.  She thought that was way cool.  Although it seemed like she enjoyed it, she says no when I ask if she wants to do another one.  The two teachers in the back are Mr. Ayala, a kindergarten teacher who does the running club at her school and Ms. Lightsey, who is just super-athletic and helps with Kaylee's DI (Destination Imagination) team at school.  Kaylee is involved a lot at school this year.  Student Council Rep, Running Club, and DI.  She has one of those every day after school!  She loves it. 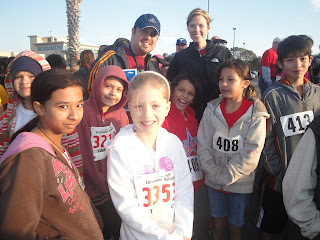 Another mid-year honor assembly.  Once again, all A's.  Am I surprised?  Not really.  :) 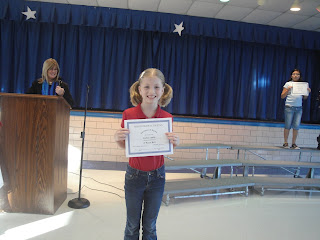 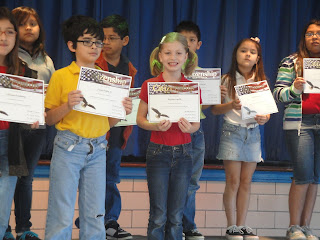 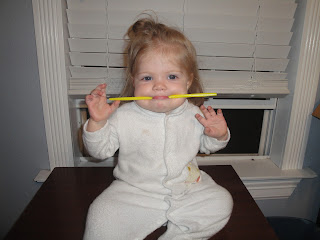 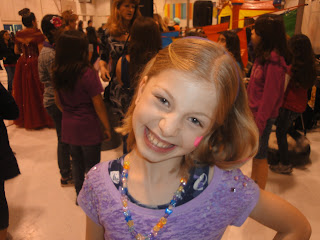 3 videos:
1.  Kaylee being silly with Bekah early one morning
http://youtu.be/84ZDnk25hhk
100%2.  Kaylee's running club race
http://youtu.be/clMzsNUtl7I
100%
3.  Kaylee getting her groove on at Girls Night Out
http://youtu.be/LDuUdkHqlxE
﻿
Posted by Pianamama at 9:39 PM 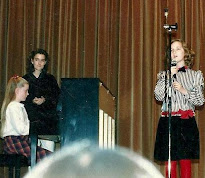 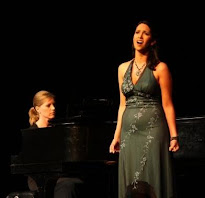